French taste or “le goût français” brings French Baroque masterpieces into St Nicholas’ church on November 15. The European Union Baroque Orchestra (EUBO) will perform the spectacular music from this era.
The program includes important French Baroque composers: the founder of the French violin school Jean-Marie Leclair, one of the leading French opera composers André Campra and organist, composer and author of musical method books Michel Corrette. EUBO will also bring to the audience the music of Georg Muffat, including the concert’s title piece Delirium amoris.
The European Union Baroque Orchestra is an orchestra like no other – it is is re-created anew every year, selecting from the finest young musical talent from all over the EU. Naturally, the orchestra plays on Baroque instruments and according to the tuning standards of the era. EUBO’s artistic director is known Baroque music specialist Lars Ulrik Mortensen.
Acclaimed Baroque violinist Amandine Beyer will conduct and be the soloist of the Tallinn concert.
Limited number of tickets available at Piletilevi. 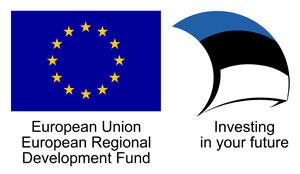